Local Link Tipperary officially launched their new Thurles to Limerick City via Newport Bus Service (391) on Monday 2nd December. The new service operates 3 return trips daily, 7 days a week, including Bank Holidays. The service commences its journey at Thurles Railway Station and Liberty Square int Thurles and ends its journey in Arthurs Quay in Limerick City. It has bus stops along its route at Ballycahill, Upperchurch, Kilcommon, Rearcross,  two stops in Newport, Knockbrack west and University of Limerick. . The new service has been in operation since late September and is currently exceeding expectations regarding forecasted passenger numbers.

Speakers at the event, included Maureen Cournane (NTA) , John Devane, Paddy Barry , Alan Kelly TD, Michael Lowry TD and Jackie Cahill TD.  Local Link Tipperary Manager Anthony Moroney opened the event and gave a brief history of the origins of Local Link Tipperary, its history, it’s voluntary Board of Directors and pointed out that this new commuter style service is fully wheelchair accessible, and that the intentions of Local Link Tipperary in conjunction with the National Transport Authority is to provide fully accessible transport on all its services by 2021.

John Devane spoke about the challenges facing the modern day student in accessing 3rd level education as a result of the spiralling rental costs, the recent learner driver legislation, and how some students fine it hard to settle and live in large urban centres. He added that transport services such as the one been launched, now give students and other individual potential access to greater opportunities than would have otherwise existed. He also added that the timetabling of service suited the training schedule for next year and that his panel members will have no excuse regarding attending training in Thurles!

Paddy Barry thanked all who contributed to getting this new service off the ground, and paid special mention to several current and former Board members for their contributions. He also thanked all Local LInk Tipperary private bus operators and their drivers who operate the services on behalf of Local Link Tipperary, stating that they provide more than just a passenger transport service, but also a social service. He advised that the new service connects with Bus Eireann’s Limerick City (304) service allowing passengers travel further to University Limerick Hospital and Limerick IT

Alan Kelly TD, Michael Lowry TD and Jackie Cahill TD all spoke briefly and  welcomed the new transport service and pointed out that both vision and finance are required to get such services up and running and wished Local Link Tipperary every success with the new service. They also called on the NTA and Department of Transport to provide more funding to Local Link companies nationally and locally.

Anthony Moroney closed the event and invited the large crowd to inspect the vehicle and view its accessibility Characteristics, He thanked all those who attended and wished them a very happy Christmas. 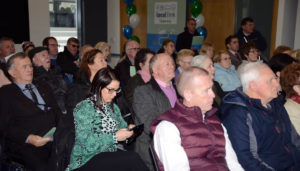 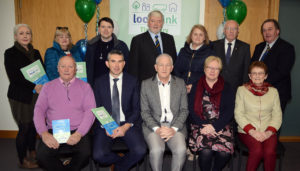 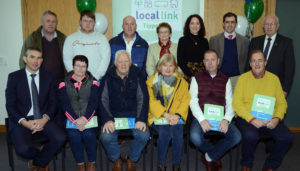 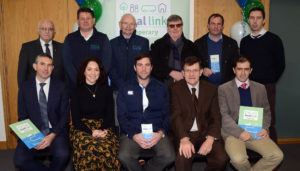 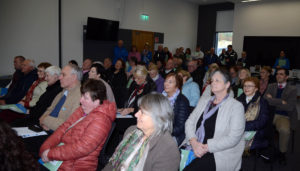 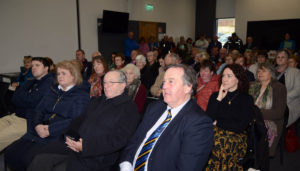 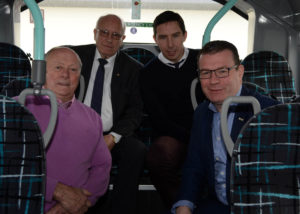 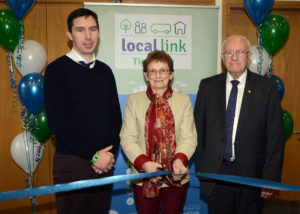 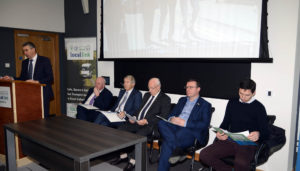 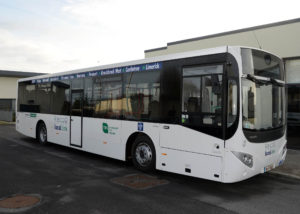